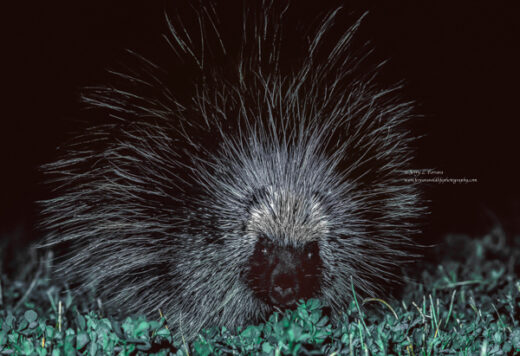 Darkness of the Night In the early 1990’s, I traveled to Nevada’s Walker River area to photograph Porcupine. Locating them in the daytime was easy as they peacefully slept high up in the surrounding cottonwoods. Knowing they are principally nocturnal, I returned in the evenings with flashlight, camera and flash. About a mile into the first evening’s hike, and along a field of clover, I heard a sound that was totally unfamiliar coming from the trees lining the nearby river. Not just unknown was the voice from the dark, but it also held a tenor that was totally terrifying. Off went the flashlight as I listened to the rise and fall of mysterious and hair-raising banshee wails, moans and shrieks in the darkness of the night. After a few moments of intolerable silence the ‘fiend’ showed itself … a ‘love-sick’ Porcupine [it was Porcupine breeding season] as it trundled across my path on its way to dine. Here, on another occasion, I caught a juvenile in the act of feasting. ~ Anecdote and Porcupine capture, Darkness of the Night © Jerry L. Ferrara 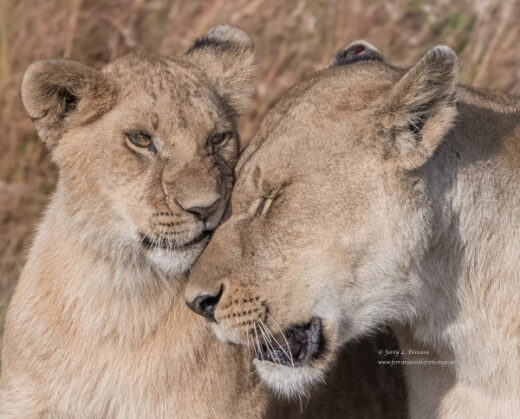 A Typical Feline Gesture On a crisp morning in Kenya’s East Masai Mara, a pride of African Lions idly basked in the warming rays of a radiant sun. When finished playing with its mother’s wiggling tail tip, a rambunctious youngster proceeded toward the fore-end of the patient parent cat and gently rubbed its chin and malar glands on the lioness’ face … in a typical feline gesture. ~ Anecdote and African Lions capture, A Typical Feline Gesture © Jerry L. Ferrara 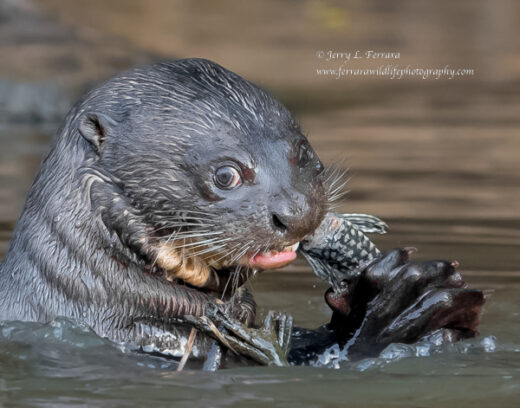 Onca d’agua The Giant River Otter [or Giant Otter], sometimes known colloquially as Onca d’agua [Portuguese for Jaguar of the water], is not really a Jaguar at all. In fact, the South American species is a member of the mustelid or weasel family, yet … a truly efficient predator, not unlike the Jaguar. ~ Anecdote and Giant River Otter capture, Onca d’agua © Jerry L. Ferrara. Pantanal, Brazil 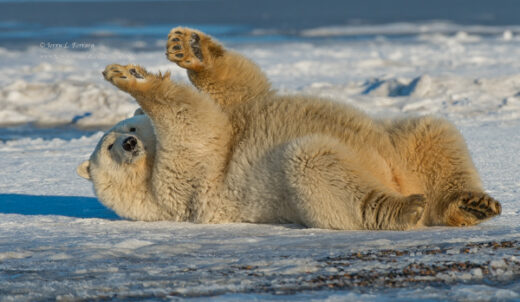 Rub-a-dub On the distant marge of Alaska’s interface with the frigid Arctic Ocean, Polar Bears gathered in anticipation of the forming ice pack. In many instances their coats were quite dirty and there was no snow on the ground , yet … not the best of circumstances and settings for photography. Then it snowed. Rub-a-dub, its coat wears mud When come the snows, the bruin knows To make it clean, a roll it seems Is all it takes, and fine it makes ~ Anecdote, poem and Polar Bear capture, Rub-a-dub © Jerry L. Ferrara 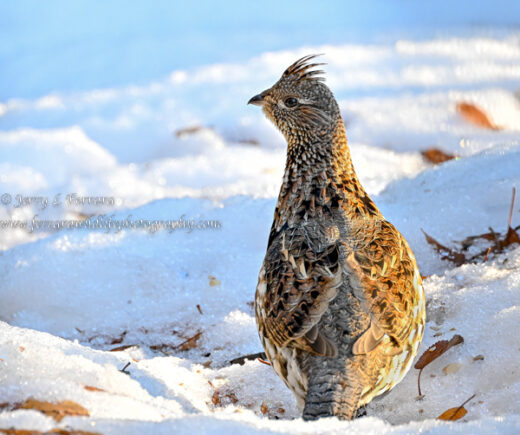 Winter Visitor This woodland species, the Ruffed Grouse, has been spending time in our forest. The winter visitor has also been a regular below the seed tray feeder and suet stations, dining on fare scattered by the Northern Flickers, Chickadees and Nuthatches. ~ Anecdote and Ruffed Grouse capture, Winter Visitor © Jerry L. Ferrara 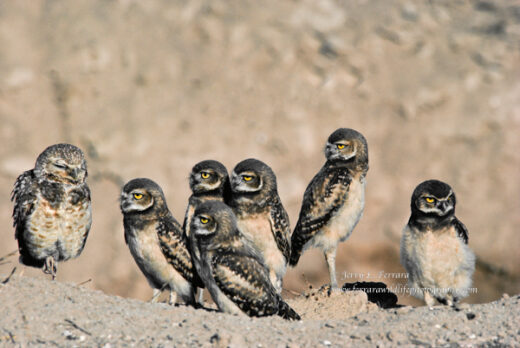 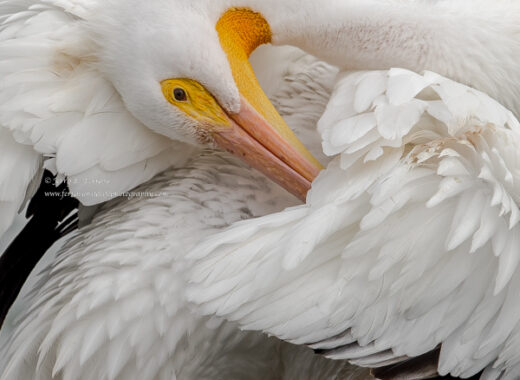 Feathers Employed to keep both warm and dry Bird feathers help some ply the sky A showy garb attracts a mate A drab one shapes a ‘camo’ state Winnow in the heavens above While feathers sing a song of love Important seems to keep them clean So diligent becomes the preen ~ Poem and White Pelican capture, Feathers © Jerry L. Ferrara 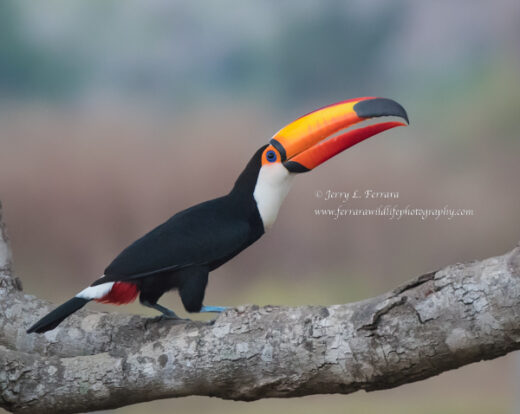 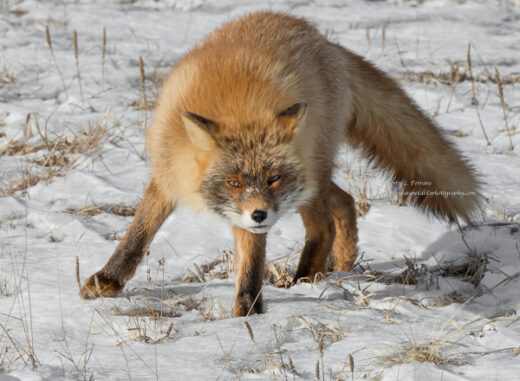 A Steely Stare Wary may the Red Fox be Uncertain what its gaze does see So leery while it takes a stance Deducing whether it should chance Investigate or pass on by A measured look from chary eyes Wild and wary it moves with care When caught it gives a steely stare ~ Poem and Red Fox capture, A Steely Stare © Jerry L. Ferrara